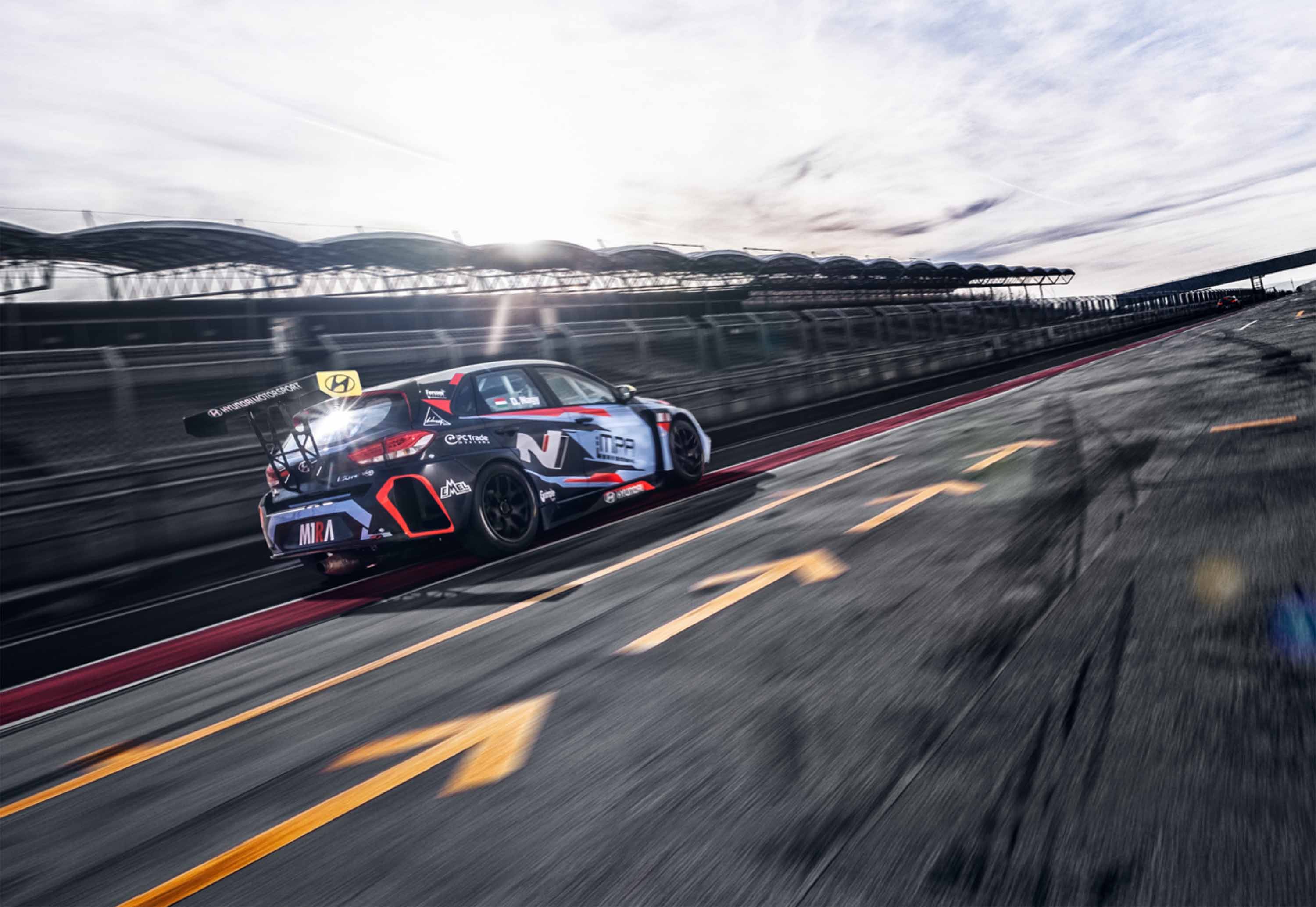 Sometimes a sheet of paper is the best project management tool. At the end of 2016, when the idea of establishing M1RA first sparked, Dávid Bári and Norbert Michelisz took a blank sheet of paper and wrote the ultimate goal on the top in one word: Victory. Only after this first step did they fill the rest of the page with the next steps they needed to take to achieve this goal. The objective of the team was clear from the beginning. M1RA would have never come to life if we had only aimed for participating in races. We were aspiring for victory from the very first moment. We believe there is no point being on the starting grid for any other reason.

Although the name of the team was originally inspired by Norbert Michelisz’s firstborn daughter, Mira, its meaning is actually multi-layered. The word means “goal” in Italian, “peace” in Russian, “view” in Spanish, all of which have an important role in the life of M1RA. On top of all this, using the number 1 instead of the i references another objective of the team. We wanted to create the number one racing team in Hungary. In 2017, the first year of our operation, we became the champion team of the TCR International Series, and the Hungarian National Auto Sport Association voted us the best team of the year.

"If we had set the bar to a height that a Michelisz and a Bári could jump over, we probably wouldn’t be here today. When we talk about M1RA, we talk about an entire team and lots of motivated, committed, hard-working people and their input. From the very beginning we believed in this group of people and their accumulated knowledge."

We know that we can’t always win, especially at the highest possible international level, where M1RA competes year-after-year. Our team is made up of people who are looking for solutions, not excuses; so we erased the words luck and bad luck from our vocabulary. We believe that events have predictable outcomes, directly correlating to the work put into them. Thus, something even more important to us than victory is thorough preparation; which allows us to make good decisions even under pressure.

The long-term goals of M1RA go beyond victories on the circuit. On one side, though the mentor of Norbert Michelisz, we not only provide the opportunity of victory to talented racers, but also teach them how to become professionals. On the other, with all the concentrated innovative engineering expertise in the team, we aim to be the suppliers of the biggest manufacturers. On the top of that sheet of paper, the ultimate goal was victory, but now that we’re at the bottom of the page, we now have a vision of making M1RA more than just a successful team on the circuit.